The blogosphere is full of clumpy shoes. And lord knows I like a clumpy shoe.
I think the current clumpy shoe thing probably started this time around with the Charles Anastase dungeon boots from the 2009 A/W collection. Then (not entirely coincidently in my mind) a certain shoe designer by the name of Jeffrey Campbell created a sell out style called the Lita, that more than a little referenced the uber platform boot. Pretty much EVERY blogger seems to own a pair and by all accounts they seem to be quite comfortable for such a beast of a shoe. However, they've only been available to buy on American sites and I haven't felt like jumping on the bandwagon without foot meeting shoe, so I have remained Lita-less. 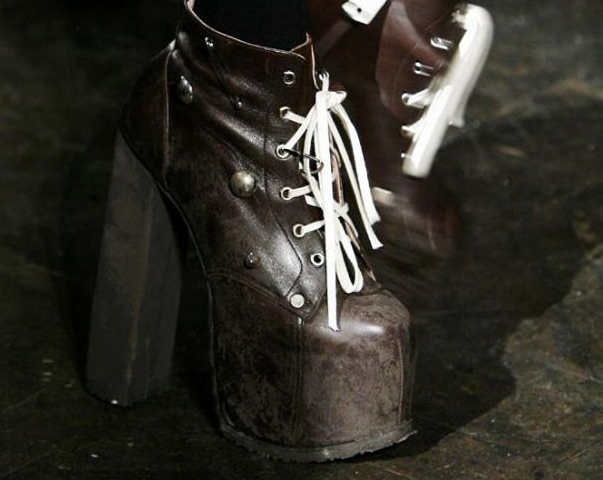 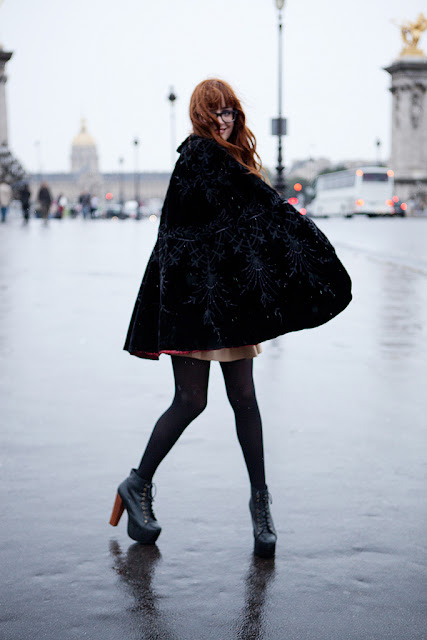 Lita boots worn my Miss Pandora
After the Lita had been around for a while I started to notice other extreme shoes, like these super scary clog style boots spotted in London... 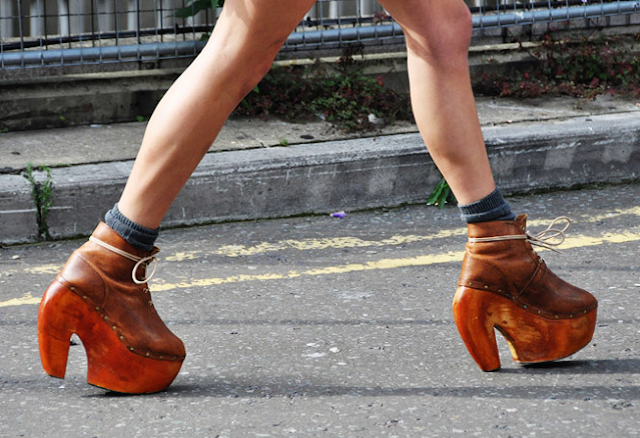 Photo by Tommy Ton for Style.com
And then for this summer designers like Prada introduced the flatform brogue and YSL brought out these 70's style mega platforms and clumpier shoes were gaining ground on the super stiletto of the past few years. 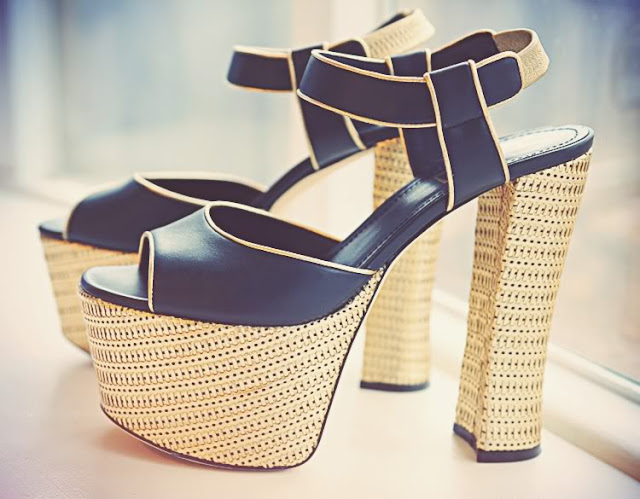 Photo from Sea of Shoes
Along with these changes in shoe style I've noticed hipster East London types going for a distinctly 90's style of shoe with a clumpy heel, rounded toe. Perhaps it's just that they're in the charity shops. Or maybe that the early to mid 90's are slowly approaching a 20 year anniversary and will soon be 'vintage'. I don't know. Regardless, Pixie Geldof wore Buffalo boots a couple of weeks ago and I actually think they look great on her. I eschewed Buffalo boots the first time round, so I probably won't go for the full on platform, but... 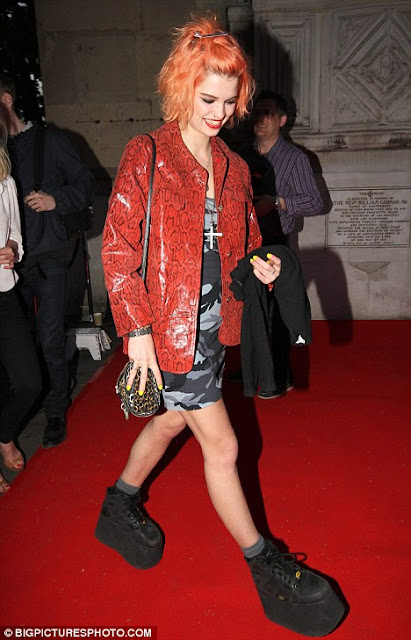 When I found these on eBay.de I knew I had to have them. It was my dungeon boot, Lita and 90's flashback all rolled into one. They are the most hideous yet utterly perfect shoe ever. Okay, they weigh an absolute tonne, and I've already almost killed myself walking up stairs in them, but I DON'T CARE.
Best of all I won them for 8.05 euros. 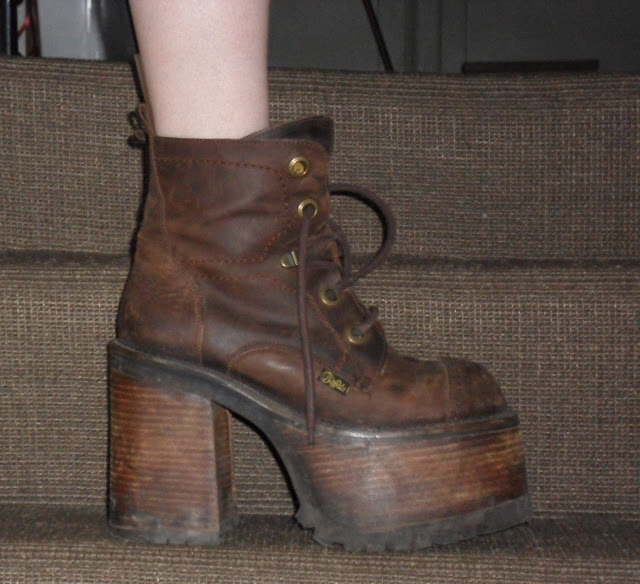 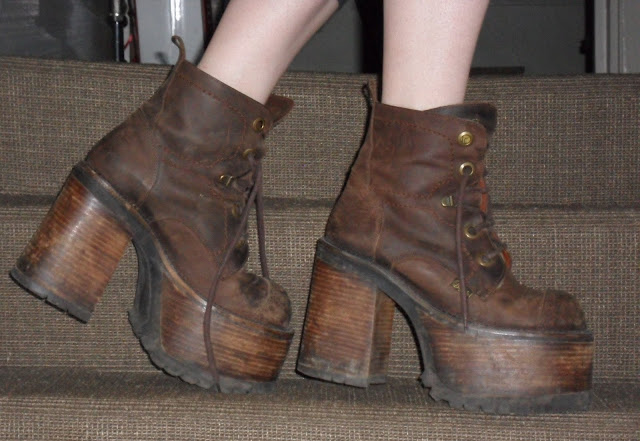 AMAZING!
Posted by mustownmore at 10:22

Hi! random question but I'm very interested in buying these Buffalo boots from you if you are at all thinking about selling them/able to be persuaded. If you are, email me with the size and any kind of price you think is appropriate at bertiebrandes@gmail.com

hope to hear from you, and great blog x

Need To Increase Your ClickBank Banner Commissions And Traffic?